It was built in the 16th century during the rule of the Portuguese, D.C.-Da-Braganasa, by the order of Portuguese hero who won the suppression, and it was granted the status of municipality of the city of Evora in 1581 in Portugal. This Evora municipality is now a memorial included in UNESCO World Heritage in Portugal. It was fully operational in 1585. This municipality is the oldest municipal council in Asia. At the time of its construction, the engineering and extension of the Portuguese was on the brightness and there was a very fast work in the thick Daman fort. 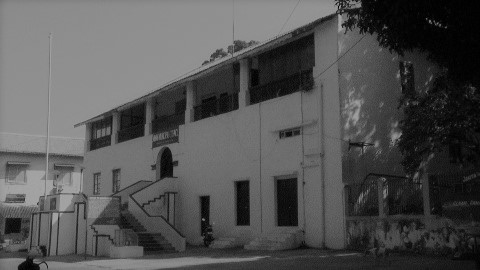 A red board is found on the Main Gate of this, with the name of the Daman municipal council, in the Portuguese language, "Sinado Publico Noble e Lil Proviscios de 1581" is found which is translated into Hindi language as follows:

"Daman Municipal Council, A public Senate is loyal to the provision of 1581”

It was called in the Portuguese rule by the name of Kamara de Damao, later it is called Kamara Municipal D Damao and now the Municipal Council of Daman. Before 1961, municipal area of ​​Diu Island was also under the control of the municipal council of Daman it was also called Jedi Kamara-D-DDIO. It was built in 1616. But the Daman council was built in the 16th century and it was made by Portuguese under the Portuguese law 1581 the city was given equal rightrs to the equal rights of the Ivora Municipal Council, it seems to know that it was started after 1581 and before 1600 as it was built in the 16th century. The admirable thing is that even today the Daman Municipal The council's office is in the same building, which is now 433 years old and looks very beautiful. The office of the presidency and the meeting hall is still worth seeing. The 200 year old shelves are kept in the store. Architecture of this is extraordinary.

From 1961 to 1987, Goa was under Central-ruled state. This was formed in Daman in 1970. Prior to this, it used to run a local Panchayat of Daman from 1961 to 1969. After the formation of Goa in 1987, Diu got the status of Union Territory and Daman became the capital. Daman, Diu, Goa on 19 December 1961 after the liberation from the Portuguese rule, for the first time in the Daman, the municipal council was formed in 1970, since then elections are held and the chief selects all the councilors together. To this day the heads of this have remained like this.

DMC resolves to intensify its efforts in providing better civic services to the citizens and a multitude of visiting patrons from all over the country and overseas. Other objectives before DMC are to improve quality of life provide social and community welfare amenities with public, private participation- with special emphasis on promotion of art & culture, environmental improvement, cleaning & greening campaigns.

Password Will be send on your registerd mobile number / email id